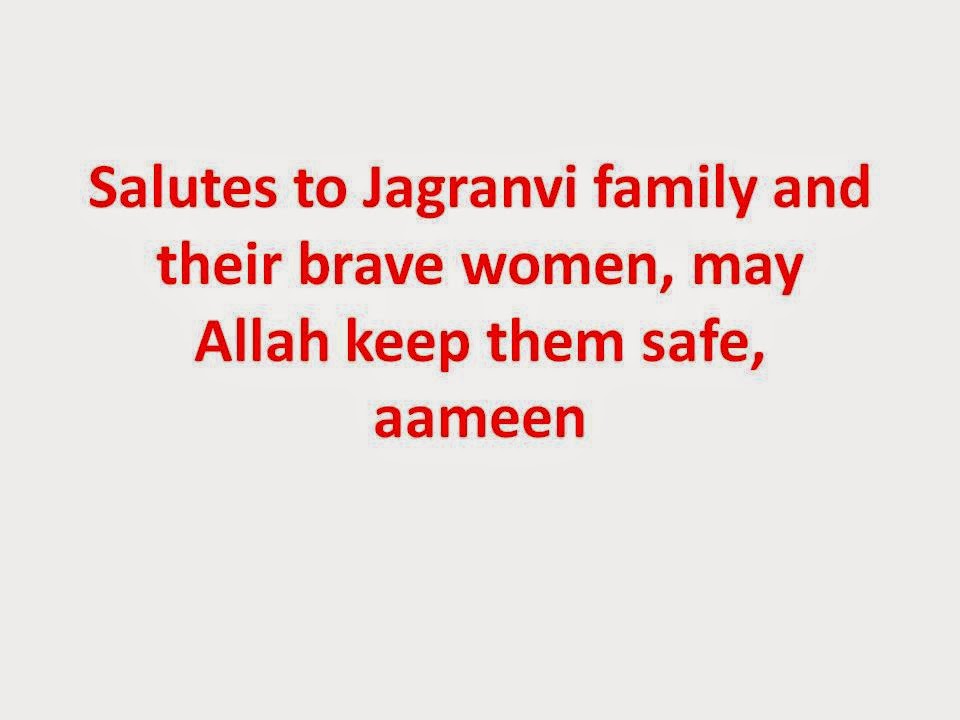 As part of implementing the ‪#‎NationalActionPlan‬, which is an attempt to suppress the‪#‎Jihad‬ against the ‪#‎American‬ occupation of ‪#‎Afghanistan‬, as well as preventing the return of the ‪#‎Khilafah‬ to ‪#‎Pakistan‬,

on 11 February 2015, the regime issued an arrest charge sheet for the men of the honorable Jegranvi household, as well as their wives. Then on Friday 13 February, before the Salah of Jummah, the thugs of the regime earned the curses of the oppressed, whose Dua Allah never refuses, by seizing a woman relative of the Jegranvis from the sanctity of her home, even as the menfolk and their wives were applying for bail before arrest. This mother is now in the dungeons of the tyrants, along with her mentally and physically handicapped young son. Hizb ut Tahrir notes that this extreme step took place immediately after the announcement of the Interior Minister's visit to America, to earn the praise and gratitude of the foremost crusader nation in the world, by letting his thugs off their leashes. Moreover, Hizb ut Tahrir notes that whilst the Gulberg residence of the Jegranvis is violated, the bases of the American private military and intelligence in Gulberg, lairs for the destructive Raymond Davis network, are left untouched and undisturbed.

Posted by youngmuslim at Saturday, February 14, 2015