Approximately ten thousand Muslims held a large protest against the horrific attacks against Gaza by the illegal state of Israel on Friday 9th January 2009 at 2pm at Iqbal Maidan in the Indian City of Bhopal.

Various Islamic organizations both Sunni and Shia, activists, scholars and the Qazi (Islamic judge) of Bhopal, Mufti Abdul Lateef came together to protest against the Israeli terrorism towards Gaza and the complicity of the Arab and Muslim rulers who have betrayed their responsibility to aid the besieged Muslims of Gaza. They called upon the armies of the Muslim countries to defend Gaza and liberate Palestine.

The protest was advertised around the city under the Urdu title ‘Aaj ka Karbala: Gaza!’ (Today’s Karbala: Gaza!), the organizers chose the title as the slaughter in Gaza is taking place in the Muslim month of Muharram, the same month in which Hussain ibn Ali the grandson of the Prophet Muhammad (peace be upon him) was killed in Karbala.

The Islamic scholar, Sheikh Farooq Abbas, one of the organizers of the demonstration said, “As the Israeli entity continues shedding the blood of our brothers and sisters in Gaza, Arab regimes remain silent. Instead of releasing their armies, the Saudi king phoned George Bush (the butcher of Baghdad) and the Egyptian regime blamed the Palestinians, highlighting their complicity in Israel’s aggression.”

“Arab countries surrounding Palestine have over 2 million soldiers, spend over $100 billion on arms annually and dwarf Israel’s forces. Egypt alone has 220 F-16 fighter planes and 450,000 soldiers. It is time these armies move to defend Gaza and remove these rulers, re-establishing the Islamic Caliphate which will unify the Muslim lands and answer the cries of the Palestinians, Iraqis, Afghanis, Somalis and all Muslims living under oppression.”

The chair of the event, Maulana Masih Alam from Madrsassa Tarjume Wali Masjid and representative of the Milli Council emphasized the need of a Khalifah for the Muslim Ummah whom we can unite behind. 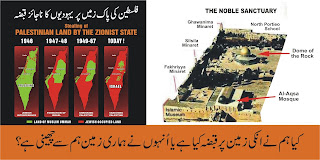 By Islamic Revival May 14, 2011
Assalam wa alaikum wa rahmatullah wabarakatahu, Dear Brothers & Sisters, We are saddened to see Muslims today even those who practise many of the rules of Islam are working in jobs which involve haram in the financial sector. They are working in positions which involve usurious (Riba) transactions, insurance, the stock market and the like. Even though many of the clear evidences regarding the severity of the sin of Riba are known, some have justified their job to themselves thinking that they are safe as long as they are not engaged in the actual action of taking or giving Riba. Brothers & Sisters, You should know that the majority of jobs in the financial sector, even the IT jobs in this area are haram (prohibited) as they involve the processing of prohibited contracts. If you work in this sector, do not justify your job to yourself because of the fear of losing your position or having to change your career, fear Allah as he should be feared and consider His law regard
102 comments
Read more